With the test season in full swing and the nation’s finest working dogs training hard for this highly anticipated event at the 30th annual Scottish Game Fair we delve behind the scenes and take a look at the captains as the rivalry hots up.

David is based in Cheshire, England, and competes with retrievers. In 2010, he gave up his career as a coach builder with Bentley Motors and turned professional gundog trainer.

His first success came in 1989 during his very first novice trial with the Three Ridings Labrador Retriever Club, which he won.

He has qualified a total of 19 times for the IGL Retriever Championship, winning it on four occasions; as well as making up Seven Field Trial Champions.

Part of England Team from 2006, he then took over from John Halstead in 2015 as captain.

Alan first got into retrievers in 1989 as a pastime to relieve the pressures that came with his position as a high-ranking rugby referee.

He says: “I’m fortunate to have had a degree of success and although not a ‘professional’ I am an ‘A’ Panel KC judge and travel all over the British Isles and continent doing what I enjoy. I’m also a member of the FT Liaison Committee at the Kennel Club – doing my bit for the sport.”

Alan has made up seven Field Trial Champions, he ran at the Retriever Championship on more times than he can remember (he thinks about eight). And, he has run for Wales at more than 20 CLA Game Fair Internationals as well as other Internationals such as the World Cup at Highclere and Sherbourne – winning the event as a team on three occasions. He has won Open stakes in England, Wales and Scotland. 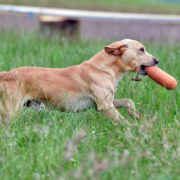 And what on earth happens on that island in the Tay? 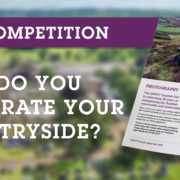 Celebrate with us and enter our photo competition 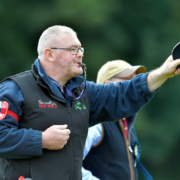